Trauma in the City and How I feel About the City

A person communicated to NuMovement Nation that they live in an environment within the city where they often see violent acts committed. One day, this person became an unintended target of gunfire while simply stopping at an intersection. She was a victim of mistaken identity. Now, she can do nothing but think of leaving the city. 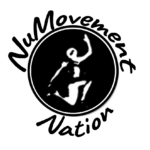 Often homelessness and drug use can be a result of trauma that one has experienced. It is definitely a problem that people are leaving our great city! Thank you for engaging!

No online members at the moment

Latest Post: Why would anybody in a high crime neighborhood not leave? Our newest member: gana26789015 Recent Posts Unread Posts Tags