Chicago is the third largest city by population in the United States.

Many know that the city’s population has been shrinking, with census data showing a decline for 4 straight years through 2018.

Chicago’s black population makes up a large portion of this fleeing population. According to the New York Times, 200,000 African Americans have moved out of Chicago in the last 20 years. Nearly 50,000 black residents have left since 2015. Some are even calling this phenomenon the “reverse Great Migration”.

The New York Times writes that black people “have been driven out of the city by segregation, gun violence, discriminatory policing, racial disparities in employment, the uneven quality of public schools and frustration at life in neighborhoods whose once-humming commercial districts have gone quiet, as well as more universal urban complaints like rising rents and taxes. At the same time, white, Latino and Asian residents are flowing in, and Chicago’s wealthier, whiter downtown, West Loop and North Side have been booming. Lori Lightfoot, the city’s first black mayor in decades, has vowed to stem the loss of longtime residents, and the city has collectively grasped for solutions. “

A person commenting on the above NYT piece wrote:

Mayor Lori Lightfoot and Governor Jay Pritzker have no marks of corruption, nor do they seem, in their first years in office, irresponsible. Several aldermen have been indicted of crimes. Inhospitable climate? Gorgeous summers. This year snow was infrequent and it has not gotten extremely cold. No worse than New York, Boston, Detroit, Minneapolis, Buffalo, etc. The Lake is still here, the music, theater, literary and restaurant scenes are great. black,” a third Mexican, with growing populations from Asia. There are not as many jobs demanding physical labor as in decades past — anywhere. I love it here.

Another commenter seemed to disagree:

Chicago is the world’s largest rail hub and has over 100 train lines converging upon it. Back in the proverbial day it was the easiest thing to buy a one-way ticket from Mississippi, Alabama, Louisiana or Kentucky and detrain in Chicago where innumerable opportunities awaited black workers, if they were willing to sign on for factory jobs. A century later, the dream has palled and the Promised Land of those days looks pretty crime-ridden and shabby. Not to mention one of North America’s most inhospitable climates. Illinois is a bastion of entrenched fiscal corruption and crass irresponsibility that further diminishes Chicago’s attraction, not only for black people. 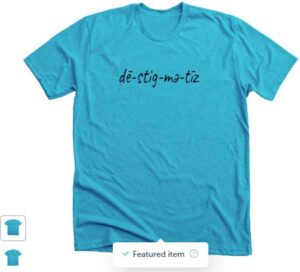